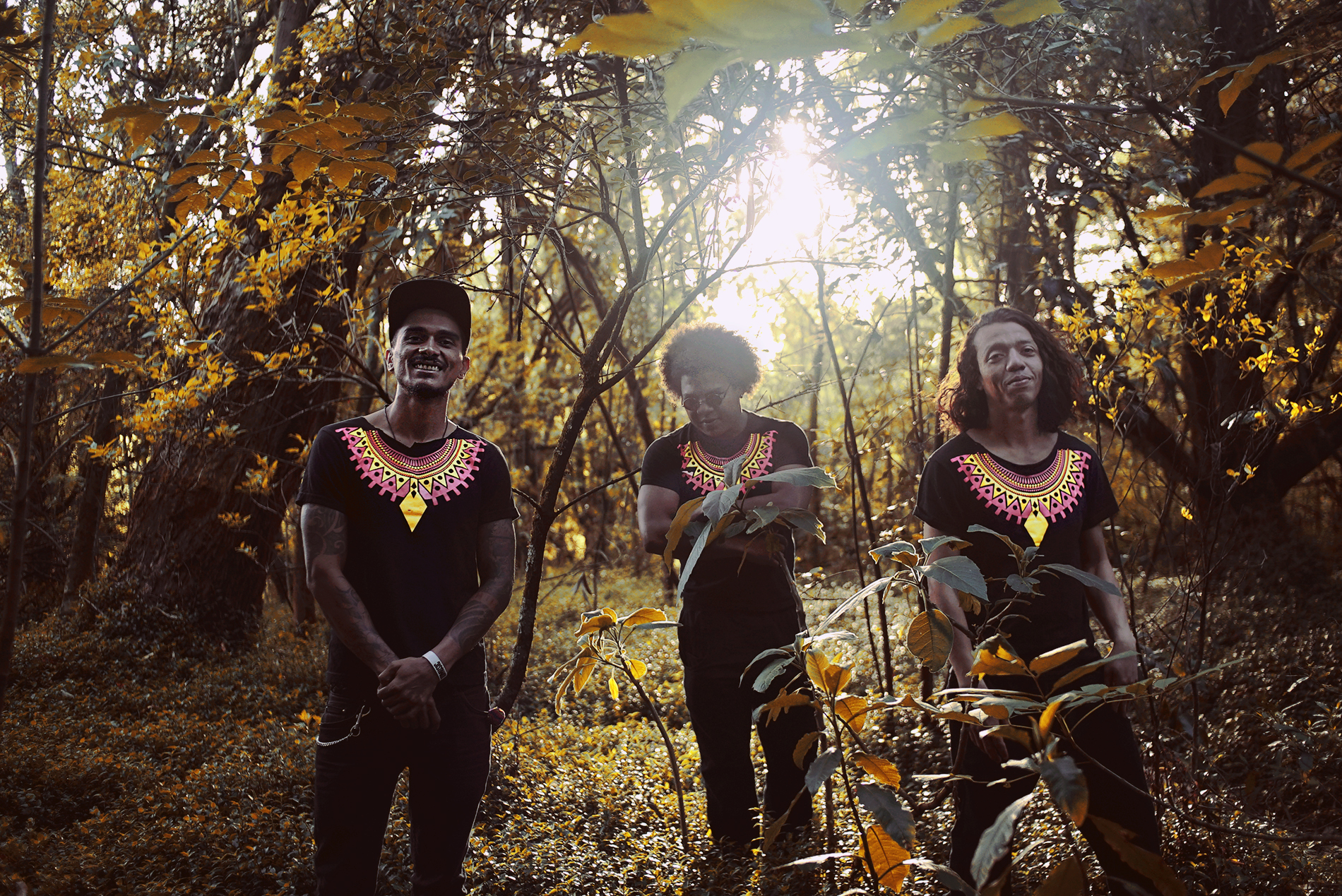 “A journey to the rhythmic Afro-Caribbean roots of Colombia fuelled by the hypnotic power of African house beats” – Sounds and Colours.

“The members of Ghetto Kumbé fuse traditional Afro-Colombian percussion with intense electronic beats and samples. They have a particularly strong band aesthetic: neon tribal masks and outfits are a particular standout of their intense live show” – theculturetrip.com

Ghetto Kumbé is composed of three of the most skilful musicians from the popping modern Colombian scene: El Guajiro (singer of La 33 , La Otra Banda and former singer of Sidestepper,), Chongo (percussionist of Sidestepper, Toto La Momposina, Ondatrópica, among many others) and Doctor Keyta (African music specialist and percussionist in the dancing company “Zarabanda” & L’arpeggiata).

At first, the three maestros came up with the idea of producing themselves as a sound system, dropping an effective mix of percussions and Caribbean electro beats.
In 2015, their first EP « Kumbé » was an unexpected success that would take them to perform throughout whole Colombia in 2016 and to a Europe summer tour in 2017

Their music is a unique blend of traditional west African rhythms such as the Lambam, Soli, Sofa, Kassa, Makru, among others, and afro-colombian rhythms such as Cumbia, Bullerengue, Son Palenquero, Chande, and the Chalupa de rio. Infusing powerful beats and bass to this already explosive combination, Edgardo Garces “El Guajiro” elegantly brings his electronic touch of class to the combo.

Their forthcoming EP “Soy Selva”, translated as “I’m Jungle” is about the ancient people of Colombia, their traditions, their relations with mother nature, universal respect and ritual dancing.
However, there’s much more about this EP than the ultimate innovative act from the emerging Colombian melting pot.
The featuring of Ghanaian singer Zongo Abongo on “Dagbani Dance” takes the listener even deeper in Africa than the band’s previous productions, and the involvement of young and talented, London native producer The Busy Twist put together three continents in this unique musical adventure.
Feel the gaitas, marimbas, and percussions of the Caribbean Coast of Colombia, the enchanting voices of Africa and the powerful electronic beats from the UK bass music scene. Expect a tremendously infectious dance machine, opening a new era to the Afro-Colombian fusion of styles.

We are very happy to welcome them on Galletas Calientes Records, and it is with great honor that we’ll be releasing their new EP in October 2017, vinyl and digital.