Their long awaited album “Half Man Half Clap” came out on double vinyl LP, featuring a dozen talented vocalists and musicians from around the Globe and supported by the national radio station Kosmos 93.6 (ERT).
In early 2017, SUPERSAN got an invitation to submit a remix for “Going Back To Cali”. A compilation in which selected producers from the World music scene remixed colombian records from Cut Chemist’s archive, founding member of Jurassic 5.

SUPERSAN is the brainchild of Panama Cardoon and Mister Kentro. The dedicated party starters of the greek nightlife came up with this genre bending project and ever since they performed in festivals and venues in Europe, Africa and Asia, had their music featured in documentaries and their tracks supported by BBC Radio among other stations worldwide. A fusion of dancefloor oriented – future electronic beats and earthly exotic rhythms from across the globe directly from Athens, Greece.
The duo started working together with the idea of uniting the Tropical spirit with the Carribean and Jamaican styles, all blended with electronic contemporary beats.

In 2018 they released “Half Man Half Clap Remixed”. An armada of top producers from worldwide Global Bass scene contributed for a full length remix album, featuring names such as Captain Planet, Maga Bo and Baja Frequencia, to name a few.

2019 is the year of the SAN. Out now on Galletas Calientes Records, “Enter The SAN” is a powerful opus, a deep and electronic journey to the high frontiers of North Africa, Southern Europe and Middle East; Undoubtedly the Greek duo’s best achievment so far.
Crafted with an ear towards contemporary appeal, “Enter The SAN” consists of 10 instrumental tracks with straightforward structures and sophisticated melodies. It typically uses heavy percussion to accent modern and diverse four-beat drum patterns, prominent and often melodic electric bass-lines and distinctive chord progressions. Pop and electronic production and mixing techniques are clearly audible throughout the whole album, harmonically uniting the traditional instruments with the modern string sections and vocal samples chops.
“Enter The SAN” was mastered at the legendary Exchange studio in London UK, with a mesmerising portfolio with artists such as Chemical Brothers, Daft Punk, Tricky, or Bjork, just to name a few.
Last but not least, the artwork was conducted by the prolific and talented collage virtuoso Ventral Is Golden.

Watch Supersan performing live and how crowd gets mad.

Out now on Galletas Calientes Records: 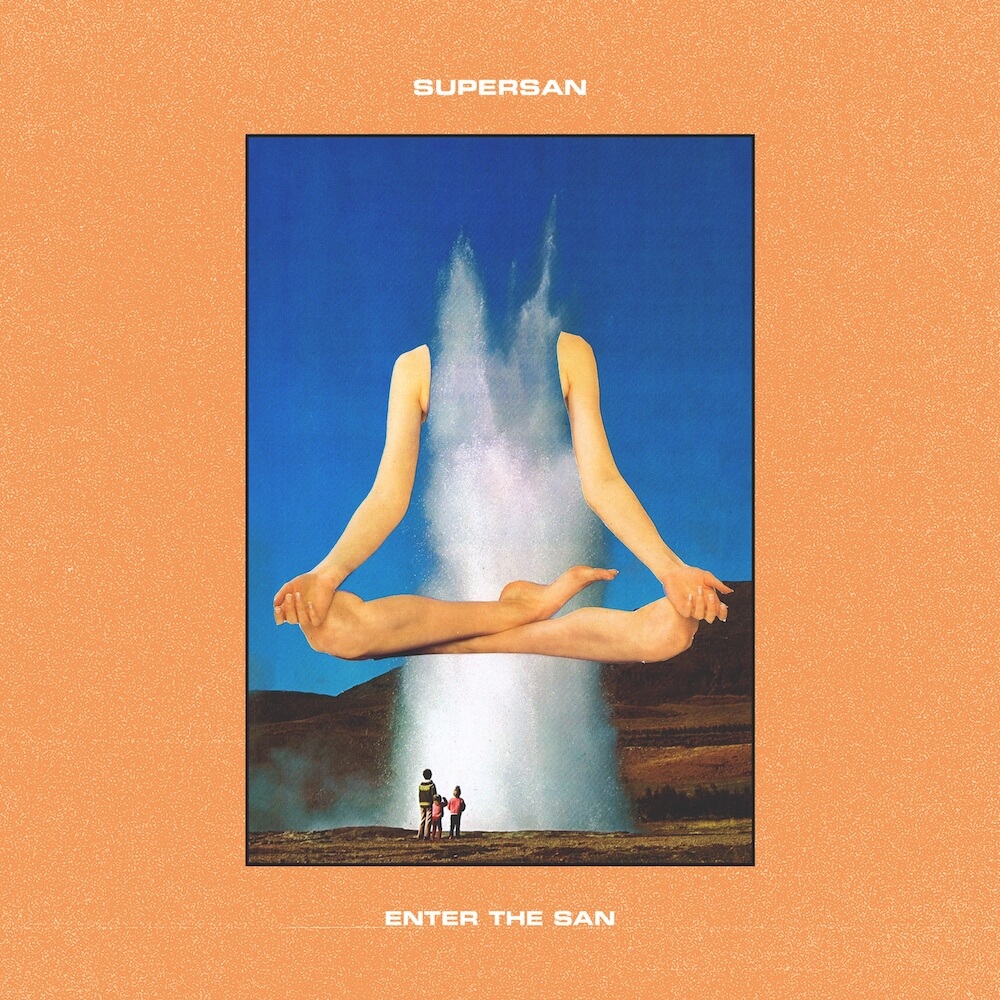